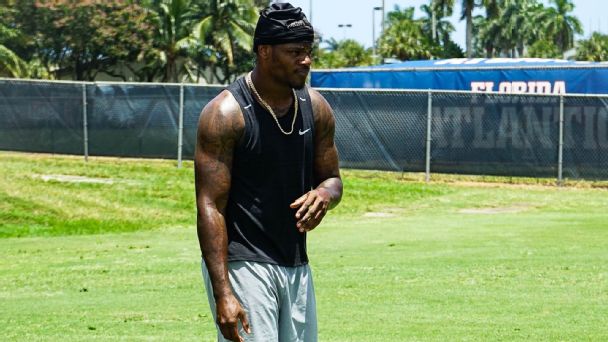 The fifth-year signal caller is heading into the last year of his rookie contract, and it appears that he spent the offseason bulking up. Jackson said he usually plays at between 205 and 208 pounds. He now weighs 220 pounds.

Despite the 12-15 pound gain of muscle mass, he does not appear to have lost his signature speed.

Jackson, who was the 32nd overall pick of 2018’s draft, set the bar high early in his career as the unanimous NFL MVP in 2019. The Louisville product looks to bounce back from a trying 2021 campaign.

After winning five of their first six games last season, the Ravens’ offense dealt with an influx of injuries on both sides of the ball that led to a third-place finish in the AFC North. On top of that, Jackson missed the last four games of the season with a bone bruise, but he already has his eye on getting back to his unanimous MVP season form.

Skylar Diggins-Smith won’t return to the WNBA in 2022