If you’re looking for a better broadband deal in the UK, you’ve come to the right place. Below, you’ll find the best offers and discounts available right now from the top providers.

If you’re wondering why we’ve included mobile operators such as Vodafone and EE, it’s because they also offer home broadband as well as mobile data. They’re completely separate things: you don’t need to have an EE or Vodafone SIM in your phone to get home broadband from either of them, but there are often perks or extra discounts available if you’re on a pay monthly contract with the same provider.

Bear in mind that not all deals are available everywhere. You’ll need to enter your address after clicking any of the deal links below to find out if your postcode is served by that service.

Some of the fastest broadband packages require a fibre connection to your property. This so-called ‘full fibre’ is being rolled out to millions of homes over the next few years but, right now, plenty of areas still aren’t connected. Virgin, though, has an extensive cable network which now offers gigabit speeds, so that’s a good alternative for those who live on streets served by Virgin

The other type of fibre broadband still uses the copper telephone wires from a local ‘cabinet’ to your home and offers a maximum of around 70-80Mbps, but could be as low as 30Mbps. Below that is ADSL which can be a bit cheaper but will have download speeds of around 20Mbps or slower.

The good news is that old line rental charge has been bundled into the monthly broadband price. That means the price you see is the price you pay: no cheeky super-cheap deals with a surprise extra charge of £20-odd per month on your bill. 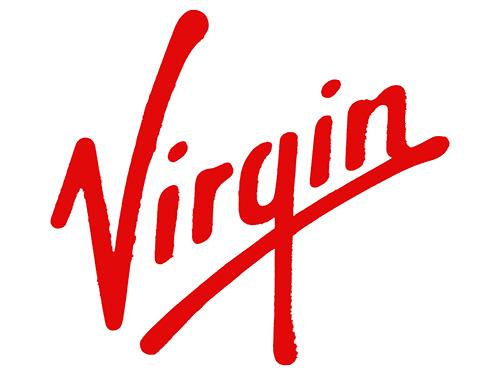 Virgin’s M100 offers average download speeds of 108Mbps and this deal – an 18-month contract – is £20 per month cheaper than the usual price of £51 per month.

There’s usually a setup fee of £35, but that’s currently waived.

For only £4 more per month, you could opt for the M200 package that delivers average download speeds of 213Mbps and twice the upload speeds – 20Mbps versus 10Mbps. 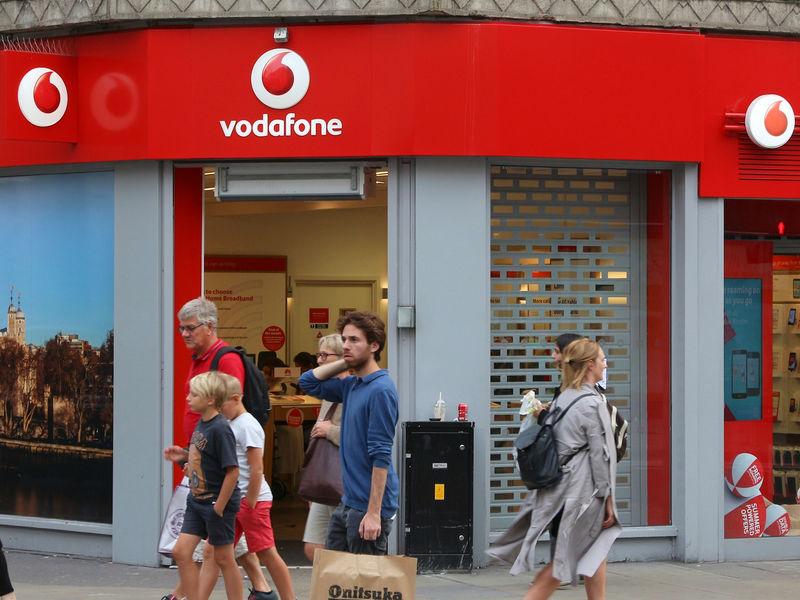 Vodafone’s Superfast 100 broadband offers an average download speed of 102Mbps. That’s what you’ll get for £23.00 per month on a 24-month contract. There are no setup fees but as this is an FTTP service, check if it’s available at your address on Vodafone’s website. 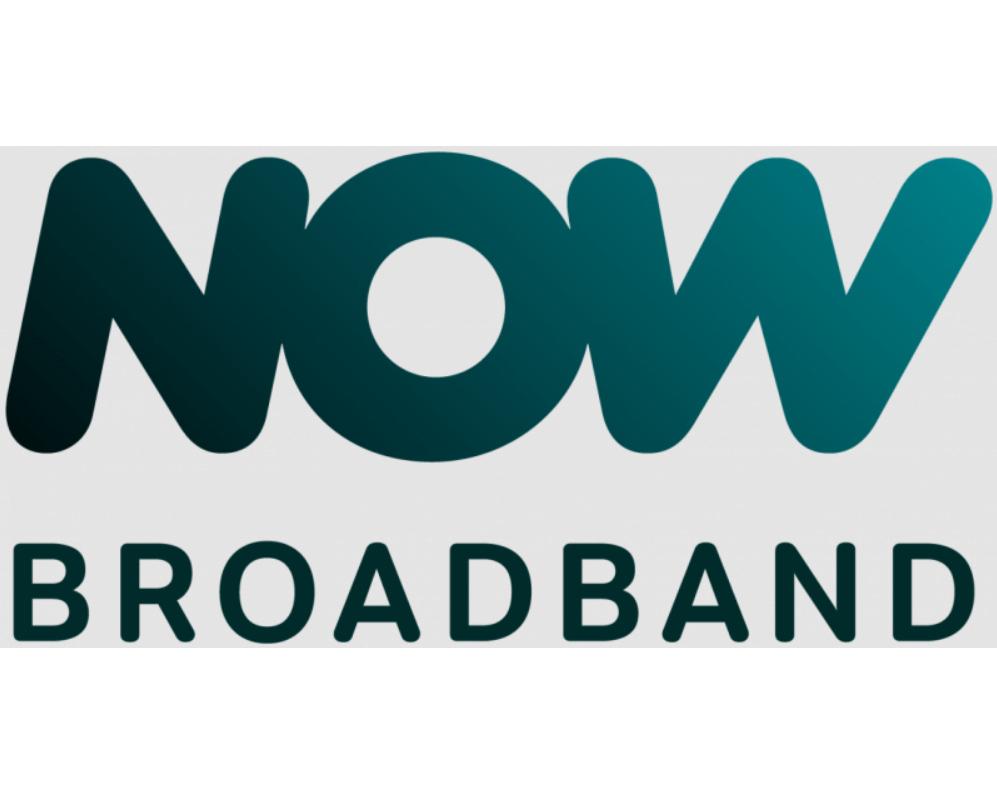 Now’s broadband price is one of the cheapest around – though it does have a slow download speed of 11Mbps. You can opt for 36Mbps instead for only £2 extra per month, so it’s well worth going for that if you can afford to. Then again, if you can stretch another couple of pounds per month, you can get double even that speed from Vodafone.

This is only a 12-month contract, though, which may be attractive if you don’t want to be tied in. There are no download limits and you can add a Now Entertainment membership for £5.99 per month. 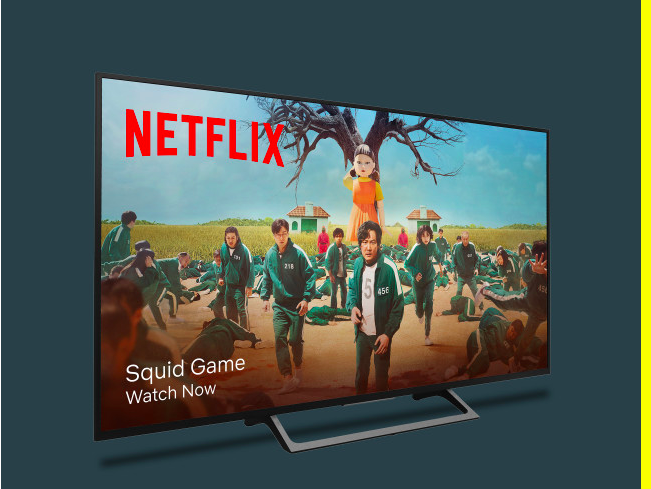 TalkTalk’s Fibre 65 broadband package includes unlimited usage and download speeds of up to 67Mbps. As the name tells you, it also comes with a Netflix Standard subscription, all for £31.95 a month, for 24 months.

The Netflix Standard plan allows you to watch on two screens at the same time in HD quality. If you want more screens and 4K, you can pay £4 per month to upgrade to Netflix Premium.

The deal is available even if you’re an existing Netflix customer: you can simply link your account to your TalkTalk package. There is no set-up fee and the only other thing to pay is a one-off charge of £9.95 for delivery of the TalkTalk router. Note that the package doesn’t include any hardware to watch Netflix on: you’ll have to supply that yourself. 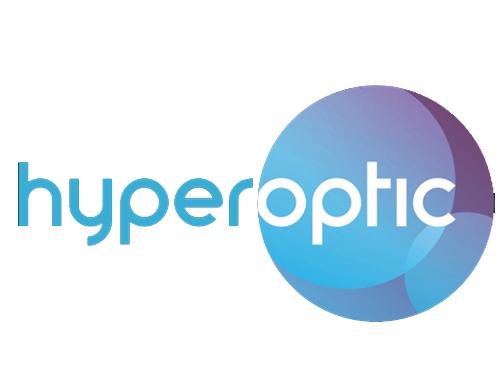 Hyperoptic is one of the fastest internet providers in the country. Its 150Mbps plan costs £25 per month right now, though you can also get a 1Gbps for £35 per month (average speed of 900Mbps), reduced from £60 per month. Keep in mind these are 24-month contracts and that Hyperoptic isn’t available everywhere. Check if your postcode is covered. 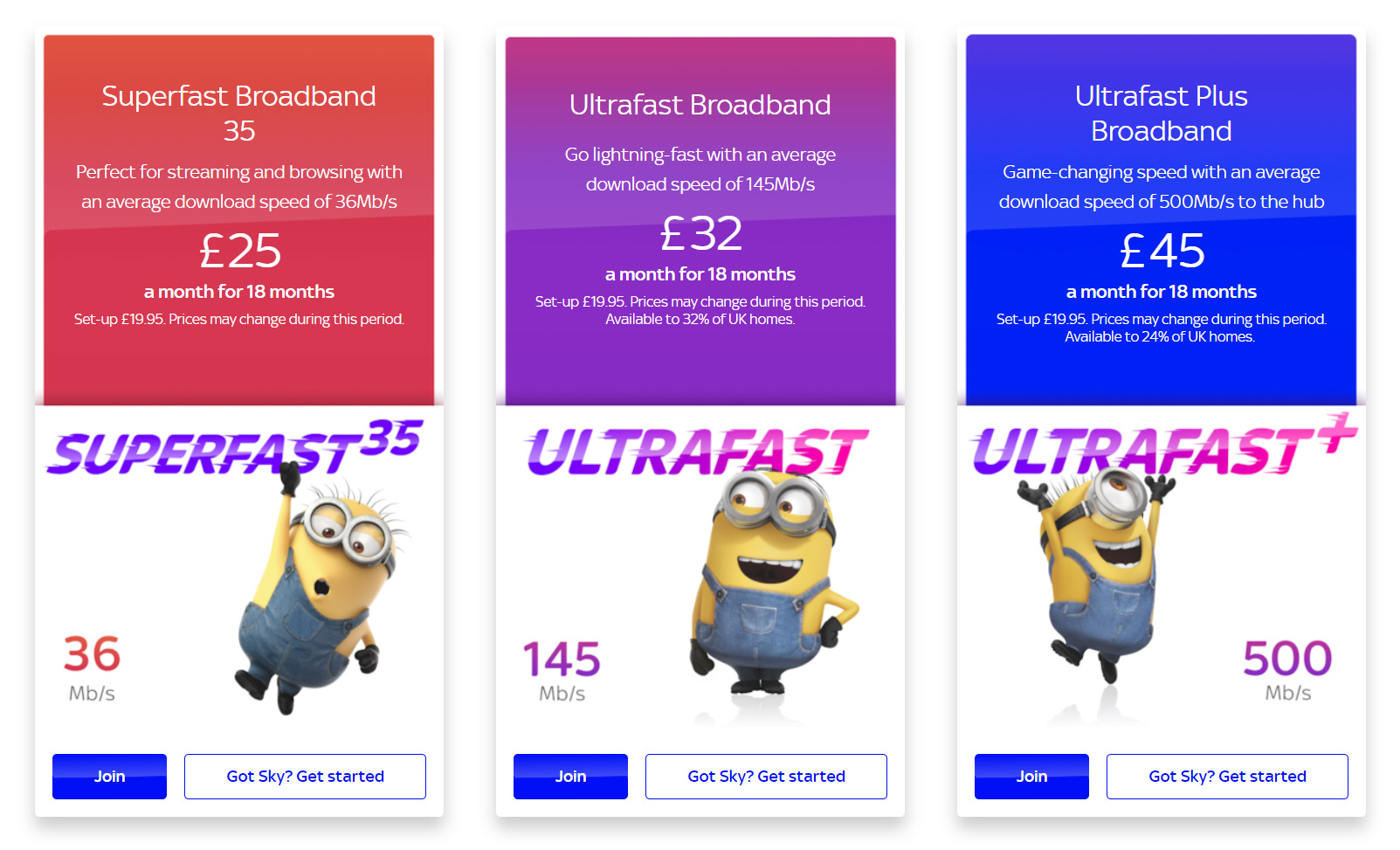 Sky’s Ultrafast broadband package includes download speeds of up to 145Mbps for £32 per month for 18 months.

This is a broadband-only package, but if you want to add TV with it then you’ll have to pay £50 per month for that. Overall, this is a relatively good deal considering the download speeds that you get. 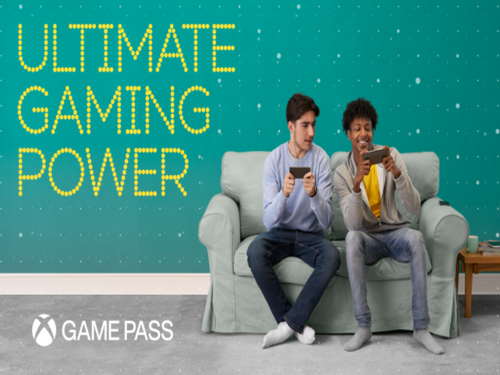 EE’s new Fibre Max 900 package offers download speeds of – you guessed it – 900Mbps. The deal includes 12 months of Xbox Game Pass Ultimate for EE pay monthly mobile customers, who also get Apple TV 4K and a mobile boost, but it’s £3 more expensive than the price for those without an EE pay monthly SIM.

You can find out if this deal is available in your area using the link above. Fibre Max doesn’t use EE’s 5G network: it’s full fibre, which means it’s available only to those who have FTTP (Fibre to the premises). And because EE is owned by BT, that means it’s essentially the same service as BT’s Full Fibre 900 package.

Where to get broadband deals?

Below we’ve listed the major broadband providers and sellers in the UK.

It can be difficult to know where to start when comparing deals. Here are a few questions to ask when looking at any deal:

Check broadband coverage in your area

It’s important to check what’s available at your address. You might be surprised to find that your friend’s superfast broadband – only a few streets away – isn’t available to you. Conversely, you might find you can get much faster speeds – it’s all down to your specific location.

Remember, too, that the advertised speed might be higher than the speed you’ll get. This is for the same reason: fibre and ADSL speeds drop off the further you live from the local exchange. However, in most cases, each broadband provider’s website will give you a pretty accurate estimate and may even offer minimum speed guarantees.

If you don’t fancy checking each provider individually, you can just use
Ofcom’s Broadband Coverage checker. While the tool won’t directly show you which providers operate in your area, it does show you the fastest speeds available at your postcode. 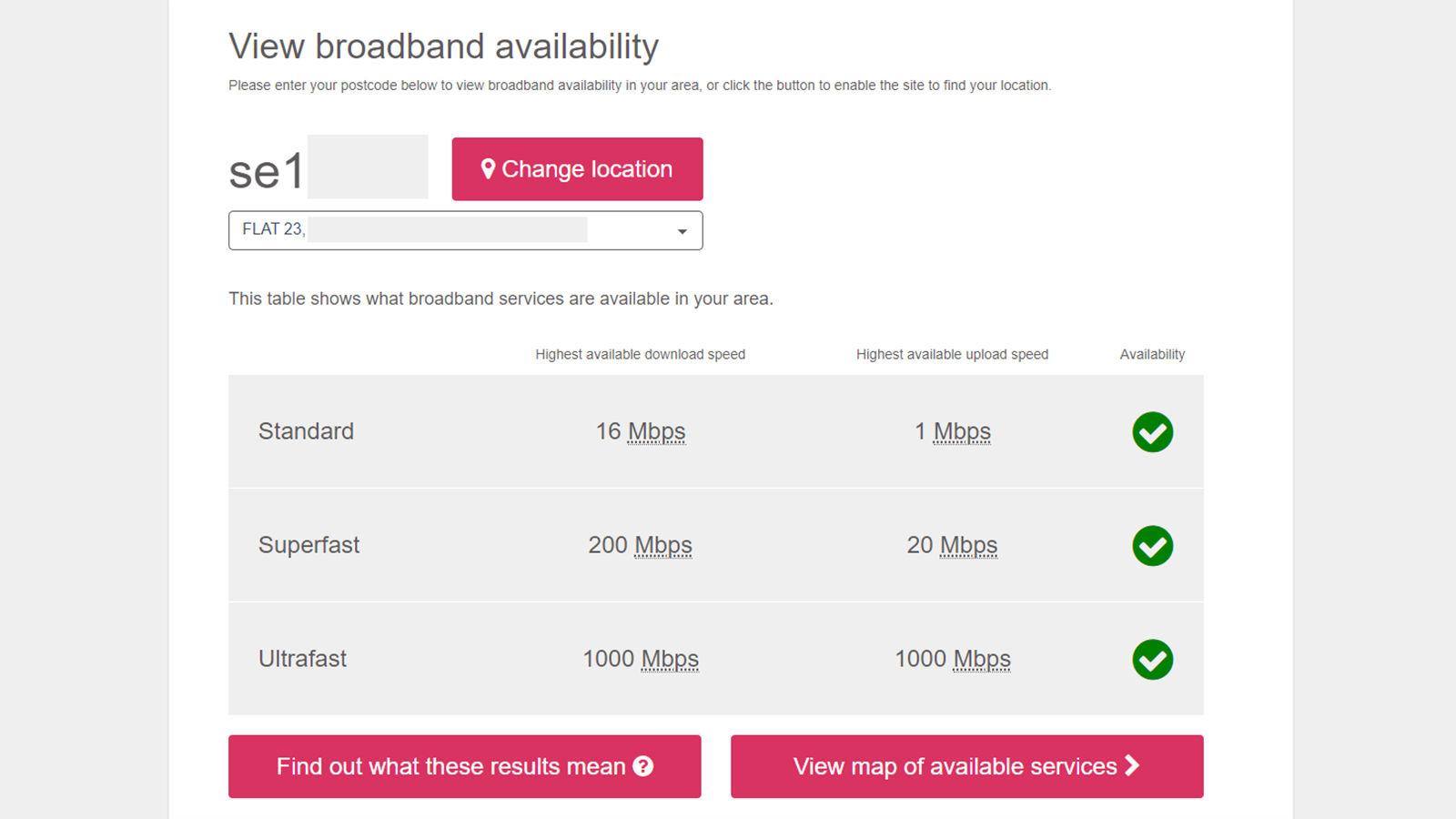 Alternatively,
Broadband Genie is another service that lets you see which packages are available at your postcode.

In May 2018, the
ASA issued new broadband speed claims guidance that gives a more accurate representation of the speed you can expect from the broadband package you choose.

The change followed research into consumers’ understanding of broadband speed claims, which found that consumers are being misled by advertising from internet service providers (ISPs).

uSwitch announced its
broadband award winners for 2021, as outlined below:

Keep in mind this excludes smaller operators like Community Fibre and
Hyperoptic which offer even faster speeds (up to 3Gbps). It also excludes rural broadband providers such as
Gigaclear.

Previous Israel Convicts Palestinian Aid Worker on Charges of Funding Hamas
Next Hailey Bieber opens up on her and Justin’s health scares, relationship