Jordan Montgomery dazzles in debut for St. Louis Cardinals, blanks New York Yankees less than a week after being dealt 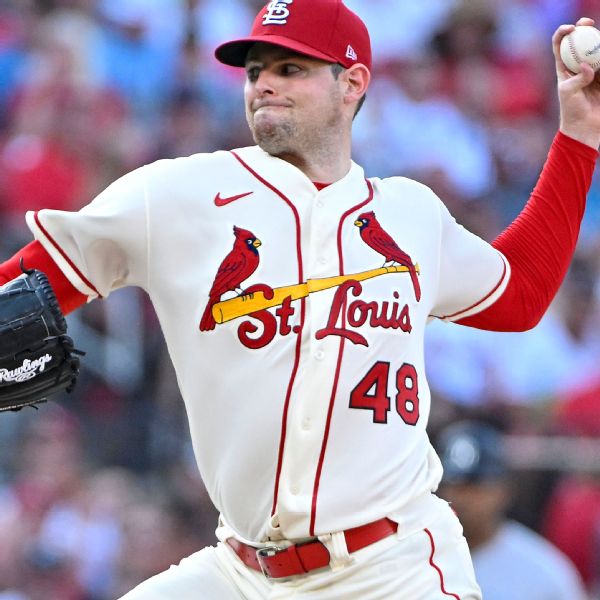 ST. LOUIS — Jordan Montgomery was open and honest with reporters when asked about his debut with the St. Louis Cardinals and how he needed to face his former team less than a week after being traded.

“It’s not exactly what you want to do for your first time being in a new organization,” the former starter for the New York Yankees said on Friday. “But I’m a competitor.”

On Saturday, he showed it.

Montgomery blanked his old teammates over five innings and Nolan Arenado drove in the lone run as the Cardinals handed the Yankees their season-high fourth straight loss, 1-0.

“It’s tough to throw against a team you just left. For him to do what he did was pretty special,” St. Louis manager Oliver Marmol concurred. “He had nine groundball outs. A really good job by Jordan.”

Montgomery (4-3), who after the win said he had a cramp in his hamstring because of dehydration, was taken out after five innings for precautionary reasons. He gave up two hits and a walk with one strikeout, adding afterward that it’s going to take him a bit to get used to the humidity in St. Louis.

“I was pretty nervous especially with how hot it was,” he said. “The humidity is definitely different from New York. My body started cramping up. I gave the team five innings.”

“He did such a good job. It’s got to be tough,” the star third baseman said of his new teammate in his postgame, on-field interview. “He went from a really great team to another really great team. … The way he showed up today, he competed his butt off. It was unbelievable. He did a great job and that’s why we got him.”

Combined, four Cardinals pitchers held the Yankees to just two hits — singles in the first and third. Only two runners reached second base. Giovanny Gallegos pitched 1-2-3 ninth inning to earn his 11th save, striking out the final two hitters.

The only run came in the first inning as Paul Goldschmidt doubled with two outs and scored on a single by Arenado.

Domingo German (1-2) took the loss, giving up the run and four hits in five innings.

“Seeing him in red was a little different,” said Yankees All-Star Aaron Judge, who singled in the first inning off Montgomery. “It was a little funky.”

St. Louis has won a season-high six straight games, and eight of nine. The Cardinals are 10-2 over their last 12 games at Busch Stadium, including seven straight wins.

An announced crowd of 48,581 watched the home team’s victory, the largest crowd ever in Busch Stadium history, including regular season and postseason games along with the 2009 All-Star game.

“We played good baseball and we got rewarded for it,” Montgomery said. “It definitely feels good. This team is playing good. I’m glad I could come in and keep it going.”