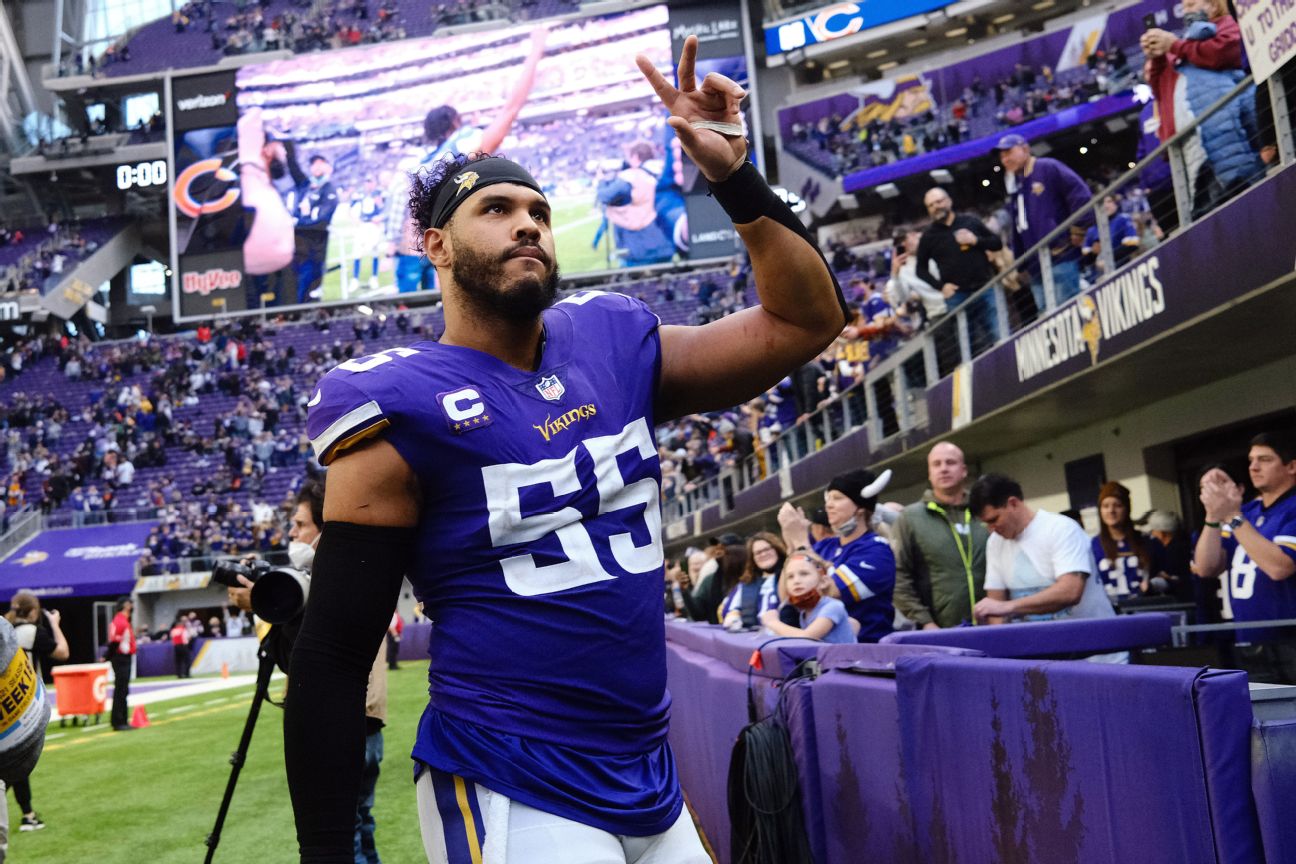 OXNARD, California — After talks that covered a couple of months, the Dallas Cowboys reached a one-year agreement with veteran linebacker Anthony Barr on Wednesday.

With the Cowboys keeping Micah Parsons in a multi-faceted role between linebacker and pass rusher in 2022, the team wanted to add some veteran help alongside Leighton Vander Esch with no other uber-experienced linebacker on the roster.

The Cowboys have second-year linebacker Jabril Cox coming off a torn anterior cruciate ligament. While he has gotten off to a good start he has missed the last two days of work, although there does not seem to be concern over his status.

Barr, a four-time Pro Bowl selection, had a career-high three interceptions to go along with 2.5 sacks and 72 tackles last season, the latter of which was his third-highest output in his eight seasons with the Minnesota Vikings,

The 30-year-old linebacker appeared in 11 games after undergoing a procedure on his right knee that forced him to miss the first four games of the 2021 season.

He reworked his contract last March to allow himself to hit free agency after the 2021 season. After missing the final 14 games of 2020 upon tearing a pectoral muscle against Indianapolis, the linebacker’s salary and bonuses were reduced from $12.9 million to $10 million with a fully guaranteed base salary of $9.4 million.

Barr has a background with Cowboys senior defensive assistant George Edwards, who coaches the linebackers, from their time together in Minnesota.

The former UCLA linebacker was former Vikings coach Mike Zimmer’s first draft pick in 2014 (ninth overall). Barr, a 3-4 outside linebacker in college, transitioned to a nontraditional off-ball role in Zimmer’s 4-3 scheme, where he was used strategically on blitzes designed around his skill set. According to Pro Football Focus data, Barr was ranked as the 12th best pass-rusher at his position and 14th in coverage in 2021.

Barr wore the green dot on his helmet for the majority of his time in Minnesota and played a critical role in calling defensive plays on the field.

The last time Barr hit free agency in 2019, the linebacker verbally agreed to a deal with the New York Jets that would have paid him $15 million per season for five years, but he returned to the Vikings less than 24 hours later to sign for far less money.

ESPN’s Todd Archer and Courtney Cronin contributed to this report.