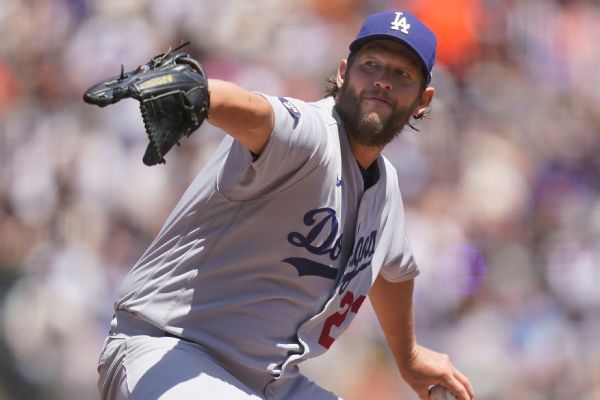 Manager Dave Roberts said after the 4-2 win that Kershaw’s back tightened on him after a warm-up pitch before the bottom of the fifth inning. The three-time NL Cy Young Award winner winced and pointed to the dugout, and then he walked off the field gingerly with a trainer.

Roberts said Kershaw will get testing in Los Angeles on Friday.

The 34-year-old Kershaw made 66 pitches through four innings, allowing one earned run and three hits with four strikeouts. He left with a 4-2 lead.

Kershaw spent time on the injured list earlier this season due to inflammation in a pelvic joint. He was 7-3 with a 2.66 ERA in 14 starts entering Thursday’s game.

Right-hander Phil Bickford came on in relief. The NL West-leading Dodgers got their fifth straight win.