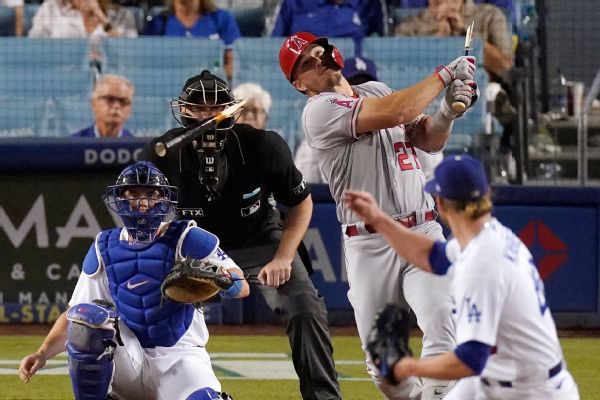 Plate umpire Nate Tomlinson was forced to exit the Freeway Series opener between the Dodgers and Angels at Dodger Stadium in Los Angeles on Tuesday night after being struck in the face by a broken bat.

With one out in the top of the ninth inning, Angels slugger Mike Trout hit a broken-bat single off Dodgers closer Craig Kimbrel. Tomlinson went down on his knees after a shard of the bat found its way between the bars of his mask.

A stunned Trout saw what happened and reluctantly ran to first base.

The game was delayed as blood trickled down Tomlinson’s face before he walked off the field.

Second base ump Laz Diaz took over behind the plate.

“Never seen that in the mask,” Dodgers manager Dave Roberts said after his team’s 2-0 win. “That was really scary.”

Can Ada Hegerberg be Norway’s hero at the Euro 2022? After a five-year exile, Hegerberg …