Pulisic jerseys ‘ruined’; Everton at the White House? What you missed from U.S. preseason tours 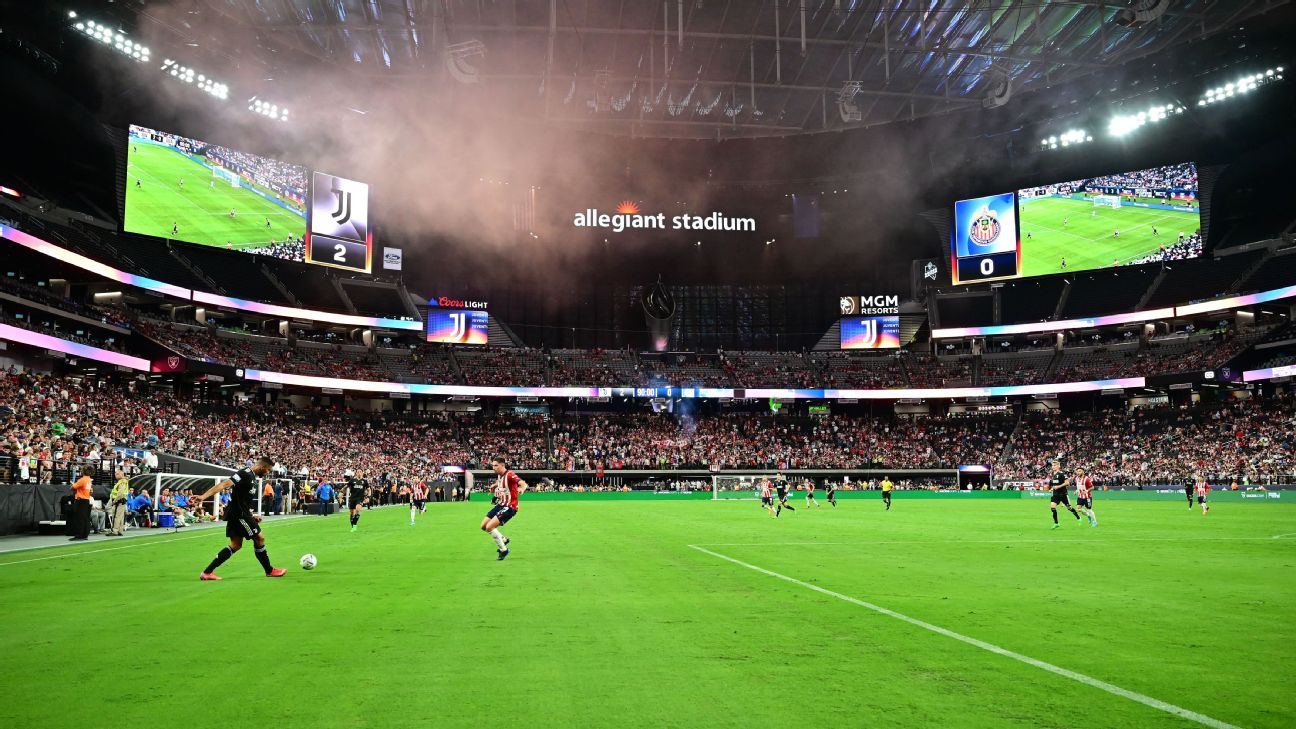 Surveying the rolling hills and sun-spackled plains of North America, one cannot help but feel the sense of space, the vast openness, the sense of adventure, exploration, and corporate brand partnerships for meaningless tournaments involving clubs from the Premier League, LaLiga and beyond.

That’s right, this preseason across the pond has seen plenty of the European mega-clubs frolic joyfully from sea to shining sea. But along the way, they’ve gathered a wealth of experience, of the distinct mystery of the game in the Western Hemisphere. Not to mention a time of self-discovery and learning through failure! (Sorry, Conor Gallagher).

Let us delve into their hard-earned knowledge as they made their way across these United States.

The length and breadth of our immediate conclusions

Who among us has not rejoiced or despaired in the peaks and valleys of a preseason friendly result? It starts with something as simple as Inter Miami coach Phil Neville saying a friendly against Barcelona is “the biggest match in the club’s history,” and ends with him starting noted TikToker Bryce Duke in said game, a 6-0 loss. (We even got to see a brief, 89th minute cameo by David Beckham’s son, Romeo, who is a striker for Miami’s development side.)

I can’t tell if Barcelona is good or MLS is just this bad https://t.co/snXfN29bPT

That was bad, yes — bad enough that it led some onlookers to question the value of Major League Soccer as a league. Again. That result was not a lonely one for MLS teams, as DC United also shipped six goals to Bayern Munich, in front of Wayne Rooney, no less. Results like that will have him back to his Write the Future self in no time.


Not to be outdone on the instant reactions front, Everton‘s performance at Minnesota United provided all of us with a reason not to believe in MLS. One must never believe in MLS, the internet assures me. But a reason to doubt in Everton.

The mighty Loons would end up prevailing 4-0 and, according to several fan accounts, they accomplished the impressive feat of relegating Everton before the Premier League season even began.

Elsewhere, Chelsea followed up a 1-1 draw and subsequent loss in penalties (which happened for no discernible reason) at Charlotte FC with a 4-0 loss to Arsenal, who now might be the best team in Europe with victories in all four of their preseason games so far (including one against Everton, naturally).


Just remember these moments in December, when the European league tables are as predictable as they always were, the hasty conclusions of the preseason and how alive we all felt then. Like wind rushing through the honeysuckle, or the ghostly lights of a distant dumpster fire over one of those thousand lakes Minnesota says it has.

A flame in our bellies no river can quench

Grealish and Ochoa got into it 😳

What is the preseason for if not taking things entirely too seriously?

I’m sure that entering any game short-circuits something vital in these players’ brains, or else they never were born with the proper wiring in the first place. They’re playing a friendly in Texas, a place neither of their clubs call home, nor a place the heavens have ever graced with a fair glance, and yet here they are, fighting as if this game meant anything more than fulfilling a few contracts and collecting some sponsorship money.

However, this temper is part of what the land does to you, is it not? They are not so beaten down on this side of the Atlantic, not so weary and caught up in the existential indifference of the universe. This land fights and inspires its inhabitants to fight back. And in defense of Memo Ochoa, who hasn’t wanted to punch Jack Grealish‘s face at some point? It’s entirely too symmetrical. It deserves suffering.

Wait, they invited Everton to the White House?

On Monday evening, Frank Lampard and his staff were invited to take a private tour of the White House.@EvertonInUSA 🇺🇸

Sorry, back to Everton for a second: Why did they go to the White House? Was President Biden anxious for a briefing of the club’s set-piece routines?

There’s no joke or tie-in to the theme here; I’m just legitimately confused. The only thing I’ve come up with is they went to ask Dr. Fauci if there was any cure for Jordan Pickford’s Tyrannosaurus rex arms.

Which one of us has kicked an Albatross?

The weather is temperamental in the summer months on this side of the Atlantic, at the best of times. The heavens above Wisconsin skipped the tantrum completely and whipped itself into a tempestuous rage before kick-off of Manchester City and Bayern. The first soccer game in Lambeau Field’s history, a place most famous for being much colder than many other places, in addition to some American football stuff, lasted for 12 minutes. Initially.

The wind and rain was enough to turn any one of the players taking the field into a mariner on the spot. The game would eventually resume once again, and the teams would eventually play out two brisk, 40-minute halves. Because nothing says “thanks for coming out” like 22 men desperate to leave as quickly as possible.

The high in Green Bay on the day of the friendly was 84 degrees fahrenheit, in a place that famously once hosted a game nicknamed “The Ice Bowl.” It’s a good bet the weather is at least partially why Tottenham didn’t opt to come to the United States for preseason. An Antonio Conte training session in Texas would most likely liquify Harry Kane.

Their arms waved like branches ’til they became the forest

Yesterday I attempted to get @cpulisic_10 to sign his USA & Dortmund kits at Chelsea training (he didn’t). Instead Jorginho shockingly walked up and immediately signed both without asking. I have no idea why, nobody else did. My jerseys are now ruined and I’m very disappointed. pic.twitter.com/hm6z5FvP6D

These clubs do not travel across ocean and field without bringing a returning hero! When Christian Pulisic scored against Charlotte FC, the cheers were nearly as loud as the ones for the home team. Chelsea’s training sessions and matches were flooded with fans ready to see and cheer on the man they expect to lead the United States to glory this winter.

Some came just to see, others to meet, and still more to create their own precious keepsakes, the heirlooms they’ll show their children as proof they came close enough to the man to hear his breath disturb the air betwixt them. And sometimes, that didn’t really go as planned.

Here is the video pic.twitter.com/QVenEhrVoR

Regardless, whether the club hailed from the U.S. or Mexico, the home fans made sure their voices were heard, and they mostly kept the replica kits for their favorite European teams hidden until the players from abroad were within an arm’s length, preferably with a marker. And those arms were forests above the fields and stadiums where the European giants came to play, dwarfing even them. The breeze sang songs of love, and the sun beat like a heart, and everyone smiled in the end.

Because the conclusion of all these preseason travels and travails, as bizarre as they can be, is always the same. The return home. The first kick of the ball. The feeling of blood rushing through your chest. Some think it’s love. And what else can it be?

The first full week of the 2022 NFL preseason commenced on Thursday night, with the …