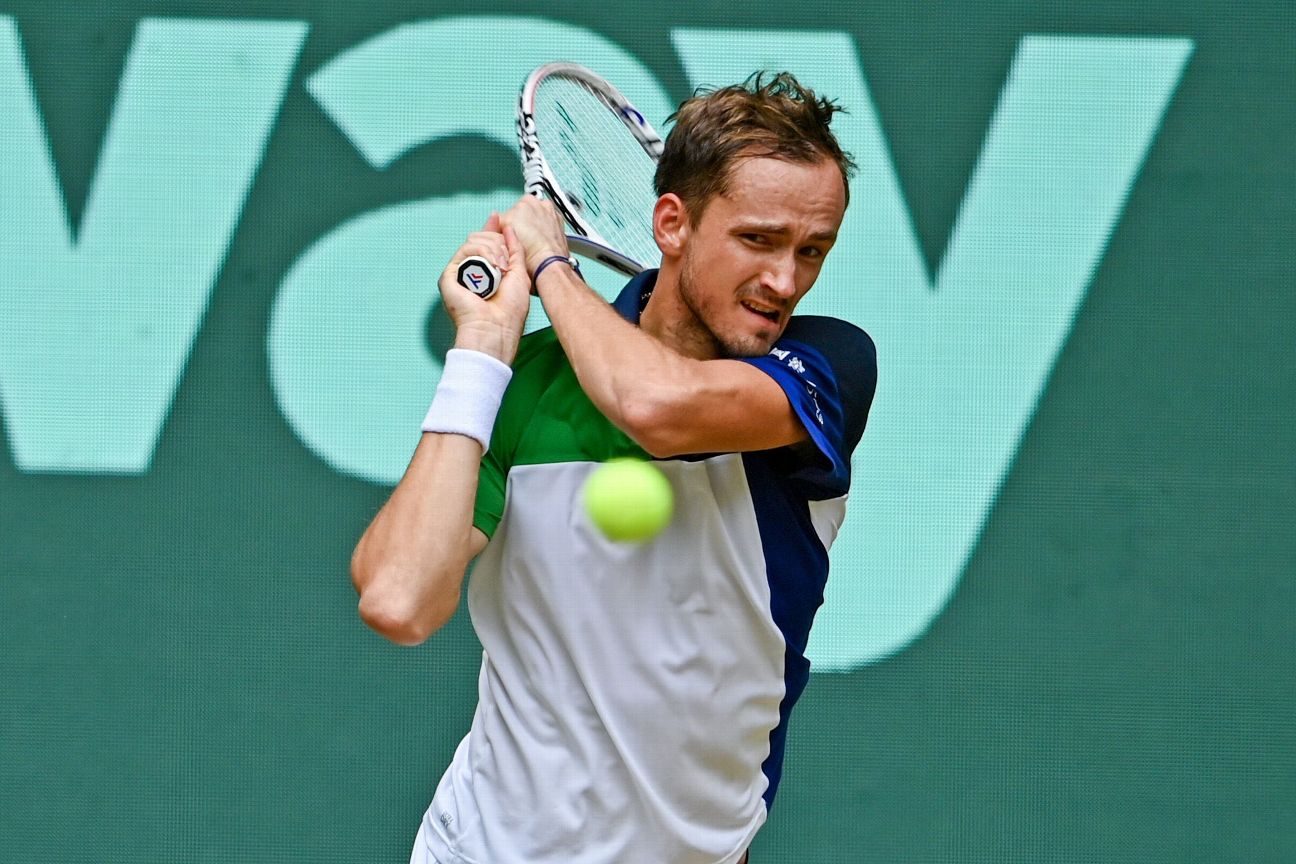 PALMA, Spain — Top-ranked Daniil Medvedev will remain without a title on grass this season after a straight-sets loss to Roberto Bautista Agut in the quarterfinals of the Mallorca Championships on Thursday.

Medvedev lost 6-3, 6-2 after entering the match with an 8-2 record on the surface for the year, with his losses coming in consecutive finals in Germany and the Netherlands.

Medvedev, who will not play at Wimbledon because of the ban on Russians over the war in Ukraine, needed to come from behind to get past Aslan Karatsev in the round of 16 on Wednesday.

Medvedev had only one break opportunity against the 20th-ranked Bautista Agut, who had advanced without having to play in the last 16 because Nick Kyrgios withdrew with an abdominal injury.

Second-seeded Stefanos Tsitsipas had cruised into the quarterfinals but needed three sets against American Marcos Giron to make it to the last four on Thursday. His 7-6 (5), 4-6, 6-3 victory came in more than 2½ hours.

“It was a lot of work today. It was not easy,” Tsitsipas said. “I had to deal with the heat, had to deal with my opponent playing great. It was a big physical effort. I had the fighting spirit.”

The sixth-ranked Greek, who leads the tour with 38 wins this season, will next face Frenchman Benjamin Bonzi, who defeated Germany’s Daniel Altmaier 6-3, 6-4.

Previous Nicola Peltz opens up about married bliss and Brooklyn’s activities as she graces a magazine cover
Next When, Exactly, Did Mount Vesuvius Erupt?