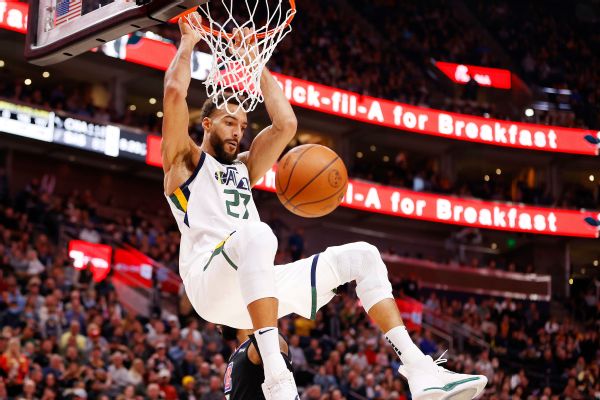 The Utah Jazz agreed to trade center Rudy Gobert to the Minnesota Timberwolves in a blockbuster deal that will pair him with fellow All-Star big man Karl-Anthony Towns, sources told ESPN’s Adrian Wojnarowski.

The Timberwolves will send Malik Beasley, Patrick Beverley, Jarred Vanderbilt, No. 22 overall pick Walker Kessler and four first-round picks to the Jazz, sources said. Minnesota is sending its 2023, 2025 and 2027 picks unprotected and a top-5 protected 2029 pick to Utah, sources said.

Gobert, 30, has spent his entire nine-year career in Utah, developing from a lanky project who drafted with the No. 27 overall pick into a perennial All-Star who has been a franchise cornerstone for a team that has six consecutive playoff appearances. The 7-foot Frenchman is one of the most decorated players in Jazz history with three Defensive Player of the Year awards, three All-Star appearances, four All-NBA selections and six first-team All-Defensive selections.

Gobert averaged 15.6 points, a league-leading 14.7 rebounds and 2.1 blocks per game last season, when a tumultuous Jazz season ended with a first-round exit at the hands of the Dallas Mavericks.

Timberwolves president Tim Connelly, who was recently hired away from the Denver Nuggets after building that franchise into a perennial playoff team, has been determined to acquire a rim-protecting center to play next to Towns.

With a statement series win over the Atlanta Braves, the New York Mets prove they’re the real deal

Edwin Diaz is such a dominant, lights-out closer right now that when he enters the …