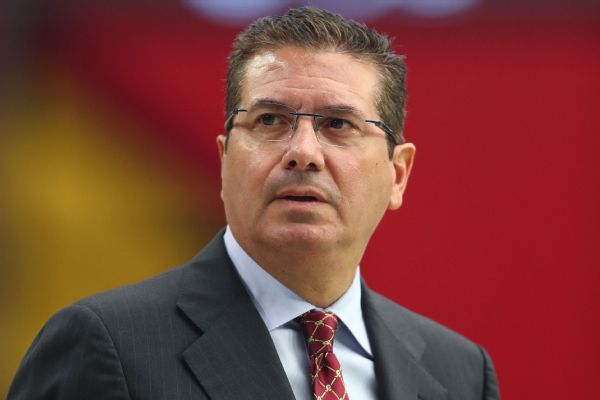 ASHBURN, Va. — Washington Commanders owner Dan Snyder informed the House Oversight Committee by letter that he won’t testify at their June 22 hearing, saying he would be out of the country.

It had been long expected that Snyder would decline to testify. In the four-page letter, attorney Karen Patton Seymour said that Snyder was willing to testify but that the committee “is not willing to consider changing the date of the hearing.”

The letter stated that Snyder had a “longstanding Commanders-related business conflict and is out of the country on the first and only date the Committee has proposed for the hearing.”

According to a committee spokesperson, “The Committee intends to move forward with this hearing. We are currently reviewing Mr. Snyder’s letter and will respond.”

A source close to Snyder told ESPN Wednesday, “Despite months of Mr. Snyder’s cooperation, the Oversight Committee refused to afford the same respect and courtesy by declining multiple reasonable requests surrounding a potential appearance by Mr. Snyder. Mr. Snyder remains willing to continue cooperating with the Committee but is unable to attend the June 22 hearing given the Committee’s disregard for due process.”

Congress started investigating Snyder and Washington’s workplace culture under him in October. It also is investigating claims of sexual misconduct by Snyder, a charge levied by former employee Tiffani Johnston in a roundtable session before the committee.

On June 1, the House Oversight Committee invited Snyder and NFL commissioner Roger Goodell to testify at the June 22 hearing. It’s uncertain whether Goodell will testify. The committee could still opt to change the date of the hearing, as sometimes happens in less publicized situations. It could also issue a subpoena to Snyder.

Attorneys Lisa Banks and Debra Katz, who represent at least 40 former Commanders employees, said in a statement that “We, along with our clients, are disappointed but not surprised that Dan Snyder does not have the courage to appear voluntarily. We fully expect the Committee will issue a subpoena to compel Mr. Snyder to appear. It is time that Mr. Snyder learns that he is not above the law.”

According to the letter, Snyder’s attorneys responded five days later by asking the committee to provide more information about the scope of the inquiry. It also stated that the committee would not guarantee that the questions directed to Snyder would be limited to the organization’s historical workplace issues.

Nor would the committee agree to provide copies of documents that “members of the Committee intend to question Mr. Snyder about,” which Seymour described in the letter as a courtesy “I understand is often extended to witnesses at congressional hearings.”

The letter also said Snyder’s attorneys requested “basic information” about Johnston’s allegations — “such as when and where it supposedly occurred, and who else was present.” According to the letter, the committee declined to provide the information. Snyder has denied the charges.

The NFL also hired attorney Mary Jo White to investigate Johnston’s claims. The league fined Washington $10 million on July 1, 2021, as a result of its investigation into the workplace culture under Snyder.

The attorneys general in Virginia and Washington, D.C., are investigating claims of financial improprieties alleged by a former employee. The team responded with a 105-page letter with signed affidavits rebutting the charges.

Previous Prince William’s ‘popularity’ to smash Prince Charles’ monarchy dream?
Next From the Wreckage of Caribbean Migration, a New Kind of Beauty